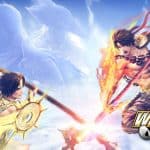 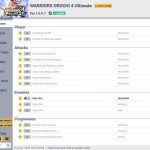 Notes:
Unlimited Health:
Toggle on and the currently controlled character has unlimited health.

Instant Fill Mousou Meter:
Toggle on and the currently controlled character’s meter will instantly fill when the next attack that would add Mousou occurs.

Easy Mousou Attack:
Toggle on and you can perform a Mousou attack even if the meter is not full.

Easy Charge Mousou Attack:
Toggle on and you can perform a Charge Magic Mousou attack even if the meter is not full.

Easy Unity Magic Attack:
Toggle on and you can perform a Unity Magic attack even if the meter is not full.

Easy Rage Attack:
Toggle on and you can perform a Rage attack even if the meter is not full.

Unlimited Rage Attack:
Toggle on and when you activate Rage attack, the meter will remain full and you stay in the Rage state until you deactivate the option.

Easy KOs:
Toggle on and when you kill an opponent the KO count is set to the value shown in the trainer.

Easy Kills:
Toggle on and most enemies can be killed very easily. If friendlies are being killed easily in missions, then leave this off for those types of missions or use only when needed for tough opponents.

Fast XP and Level Up:
Toggle on and while active, each point you normally would gain of XP is actually the value shown in the trainer instead. You can level up characters quite quickly.

Unlimited Skill Points:
While in CAMP, select UPGRADE, then UPGRADE OFFICERS, then Select and officer, then Acquire Skills, then note the current value, then toggle this option on and you have the value shown in the trainer.

Unlimited Fusion Elements:
Toggle on and whatever Fusion Elements you have to be able to fuse weapons, the value will remain to the maximum when you enter the Fusion screen.

Status
+17 v1.0.0.7
This content was uploaded by website visitors. If you notice any mistake, please let us know.