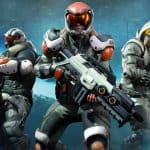 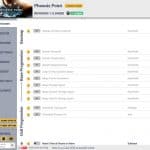 Notes:
Display All Map Locations:
Toggle on and LOAD a SAVE and all the unique locations can be seen. You will still have to fly to them to discover what they are. Also you can use the Enable Cheat Menu and the Reveal Sites cheat to actually reveal them all.

Instant Research:
Toggle on then start research and it completes instantly.

Instant Construction:
Toggle on then start construction and it completes instantly.

Instant Manufacturing:
Toggle on then start manufacturing and it completes instantly.

Large Living Quarters Space:
Toggle on and Living Quarters buildings have more room for more units. You may have to power OFF and building and power it back ON to see the effect change.

Mega Power Generators:
Toggle on and Power Generator buildings produce more power. You may have to power OFF and building and power it back ON to see the effect change.

Mega Storage Space:
Toggle on and Storage Buildings have more space. You may have to power OFF and building and power it back ON to see the effect change.

Mega Aircraft Storage Space:
Toggle on and you can create more aircraft at base hangars. You may have to power OFF and building and power it back ON to see the effect change.

Mega Vehicle Storage Space:
Toggle on and you can create more Vehicles at base hangars. You may have to power OFF and building and power it back ON to see the effect change.

Unlimited Training SP:
Unlimited Phoenix SP:
Toggle on and you have plenty at training.

Aliens Do Not Attack Havens:
Toggle on and aliens will not attack havens. Please note that some parts of the progression of the campaign rely on the spread of aliens and them attacking certain havens so use accordingly.

No Mist Spread:
Toggle on and the mist will not spread.

Protect Haven Populations:
Toggle on and populations of havens will not decrease due to starvation or mist or some other things.

Reset Fatigue:
Toggle on and when you are about to embark on a mission and you are selecting units, you will see that the fatigue is reset for them.

Unlimited Unit AP:
Toggle on while in combat and the selected unit being moved will have unlimited. Essentially you can move and attack at will.

Reset Body Part Damage:
Toggle on, click the unit you wish to affect, the click INFO to see the values and that they have reset. Toggle back off once you have repaired / healed. LEAVE THIS OFF WHEN ATTACKING ENEMIES OR SOME OF THEM WILL APPEAR INVINCIBLE!

Unlimited Ammo Clips:
Toggle on and if you have an ammo clip, when you reload the ammo clip is not used and is still in your inventory for most weapons.

No Reload:
Toggle on and most weapons will be able to fire without needing reload.

Unlimited Grenade Use:
Toggle on and if you have a grenade and throw it, it isn’t removed from your inventory.

AI Do Not Attack:
Toggle on and while on, most enemies will not attack when it is their turn.

Enable Cheat Menu:
Toggle on then press TAB to open it up. You can then navigate the menu and select cheats (Instant WIN, for instance). Some effects require you to select units or position cursor over things, or may be inactive in this release. Experiment to see what does what. MAKE SAVES BEFORE DOING THINGS because some effects may be permanent or unwanted. Press TAB to close back.

Game Speed:
Toggle on to speed up the game.

Time Elapsed in Game:
This will fill in on Geomap. You can edit it to change the date/time of the game.

SDI Level Meter:
This is the meter at the upper right of the Geomap. Press GEOSCAPE button to refresh.

Current Health:
While in combat, mouse over unit and the value will show here. You can then edit it. Most useful to make enemies very weak or to heal units.

Status
+35 REVISION 1.0.54580
This content was uploaded by website visitors. If you notice any mistake, please let us know.